Kenneth Paul TAN is a tenured Professor at Hong Kong Baptist University, which hired him under its Talent100 initiative in February 2021. He teaches and conducts interdisciplinary research within and across the Academy of Film, the Department of Journalism, and the Department of Government and International Studies. He is a member of the Global Communication and Power Research Cluster.

He is also an Honorary Professor at the University of Hong Kong.

Previously, he was a tenured Associate Professor at the National University of Singapore’s (NUS) Lee Kuan Yew School of Public Policy (LKY School). He was Vice Dean of the LKY School during the most rapid and critical years of its growth and served in its senior leadership team for almost a decade. Prior to that, he taught concurrently at the NUS Political Science Department (where he was Assistant Head) and the University Scholars Programme, the university's pioneering and cutting-edge liberal arts programme.

He has received numerous teaching awards over the years, including NUS's most prestigious Outstanding Educator Award. He was elected Chair of the university's Teaching Academy.

He is currently working on three new books: (1) Movies to Save Our World: Imagining Poverty, Inequality, and Revolution in the 21st Century (under contract with Penguin); (2) Sex, Drugs, and Rock & Roll: Vice Regulation and Public Morality in Singapore; and (3) Neoliberal Decadence: Global-City Singapore.

He is a trained musician and an enthusiastic marathon runner. He is married to Clara Lim-Tan, Director (Arts Education) at the Ministry of Education (Singapore).

Prof Kenneth Paul Tan was interviewed on why and how Singapore succeeded, and why other countries look to Singapore for a model of development, governance, and policymaking.

Prof Kenneth Paul Tan was interviewed about migrant workers in Singapore, for SocialService.Sg Podcast on 1 May 2020.

Prof Kenneth Paul Tan gave a public lecture on Singapore's pragmatism at the National Museum of Singapore on 17 August 2019. 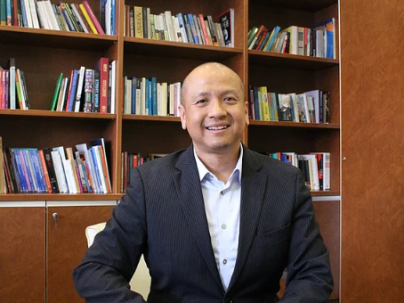